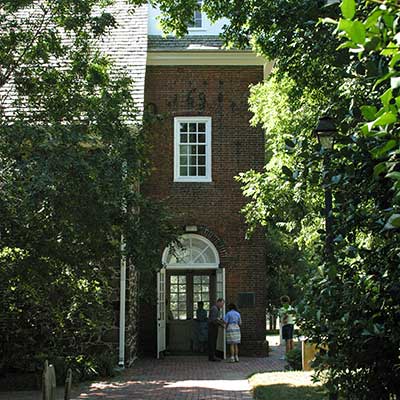 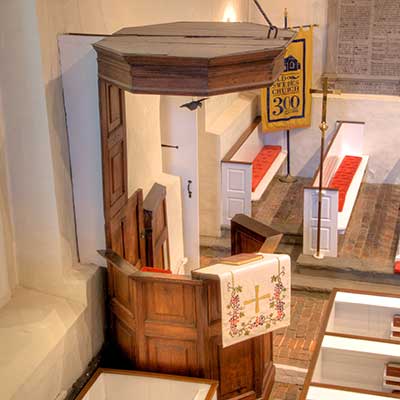 Dating from 1698, Old Swedes Church is located near the site of the original Swedes’ landing and represents one of only two remaining examples of Swedish-American church architecture. It is the oldest church in the United States that has been continuously used as a house of worship since its construction.

Sitting in the center of a tree-shaded, historic graveyard, the church has box-type pews, which seat approximately 250 persons when the gallery is used. Made of black walnut by Joseph Harrison, the pulpit is the oldest known pulpit in the United States.

Additional information about Old Swedes Church and Cemetery may be found on the Old Swedes Foundation website.

Details about the above events can be found on the Old Swedes Foundation website.